Discover all our Sales and Combos / GO TO SALES 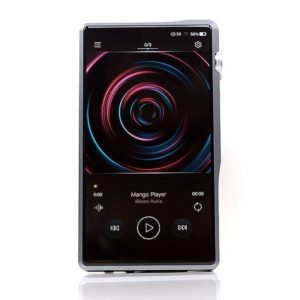 iBasso’s new music player features the latest technology and once again surprises with its power and sound quality.

With the release of the iBasso DX200, iBasso caused a great stir in the world of audio players. It was their most expensive and complete product, not to mention a construction quality that was not known at the time, but also surpassed what other manufacturers could produce.

Then came the iBasso DX150 at a cheaper price, but offering the same integrated modular amplification features. Now iBasso is back with a new audio player, its new flagship called iBasso DX220.

It has more elegant lines, especially on the side where the playback and volume buttons are located. This is a one-piece machined chassis, unlike the DX200 or DX150 which had a more modular appearance.

New, the iBasso DX220 features bidirectional Bluetooth 5.0, providing native support for LDAC and aptX. (4.0 on the DX200).
4GB of RAM (unlike the 2GB used in the DX200), and a total of 5 femtosecond oscillators, two of which are from Accusilicon.

The iBasso DX220 includes a more professional equalizer in addition to the 10-segment graphic equalizer. This provides a total of 8 high-precision filters in 6 segments. Each filter segment can be individually configured to adjust the F value, Q value and gain, with detailed visual adjustment capabilities.

The MQA format is based on recent research in auditory neuroscience, digital coding and high quality sound perception. MQA files, created with Origami technology, can provide very high resolution reproduction at low capacity on a compatible device.
The iBasso DX220 supports MQA decoding in X4 mode, which greatly improves the quality of the source files.

It provides hardware support for HD streaming such as Tidal and Spotify.

4G LPDDR3, a considerable improvement over the 2G LPDDR3 of its predecessor the iBasso DX200
It has custom inductors that have been manufactured specifically to iBasso’s requirements.
Gain settings are now three-step, with a lower gain setting for ultra-low background noise.
There are a total of five oscillators. Two of them are from Accusilicon.

There are no reviews yet.

Show reviews in all languages (1)